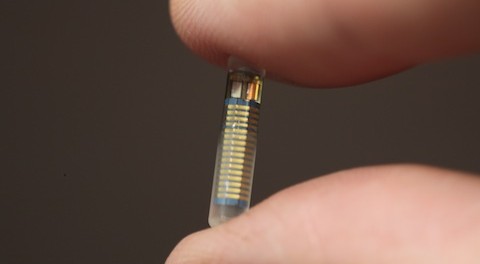 Germantown, Maryland-based continuous glucose monitor device maker Senseonics raised $10 million, according to an SEC filing. The company has not yet responded to a request for comment.

When Senseonics raised its previous round in June 2014, the company said it would use the funds to obtain a CE mark and start investigational device exemption (IDE) trials in the US. Completing an IDE trial allows the company to use the device in a clinical study to collect safety and effectiveness data, according to the FDA.

In May,  Senseonics partnered with Sweden-based Rubin Medical, an insulin pump distributor, to commercialize Senseonics’ CGM in Scandinavia. The partnership involves an exclusive distribution agreement of the Senseonics’ CGM system in Sweden, Norway, and Denmark. At the time of the announcement, Senseonics said they expect to have a CE mark for the product before the end of this year.

Another continuous glucose monitoring company, DexCom, has also been working on releasing a smartphone-connected CGM offering. In October 2014, DexCom Share, a cradle device that will allow users to send data from a DexCom continuous glucose monitor to multiple smartphones,received 510(k) clearance from the FDA. But while Senseonics’ device is implantable, DexCom EVP of Strategy and Product Development Steve Pacelli said recently that five years from now the company aims to develop a device that’s miniaturized, looks more like a bandage than a medical device, and that’s fully disposable.