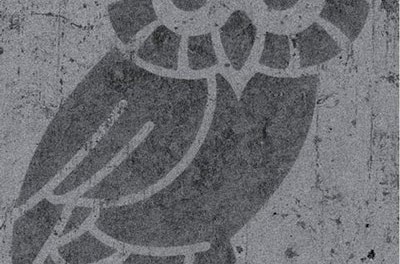 A new center at Rice University and Pennsylvania State University will study, in collaboration with industry, the development of atom-thin two-dimensional coatings for a variety of uses.

The Center for Atomically Thin Multifunctional Coatings, aka ATOMIC, is one of more than 80 Industry/University Cooperative Research Program centers established by the National Science Foundation (NSF) to encourage scientific collaboration between academia and industry (read the grant abstract). It is the only NSF center dedicated to the development of advanced 2-D coatings.

The goal is to identify atom-thin materials that solve fundamental scientific and technological challenges in corrosion, oxidation, abrasion, friction, wear, energy conversion and storage. The partners expect to develop techniques for the large-scale synthesis and deposition of multi-functional coatings.

Materials scientists Jun Lou and Pulickel Ajayan will direct the Rice effort. Both are well-versed in two-dimensional materials like graphene, molybdenum disulfide and boron nitride, which are the focus of worldwide research. Ajayan is chair and Lou associate chair of the university’s Department of Materials Science and NanoEngineering.

Multi-functional coatings would protect what they cover, but also add value by taking on additional duties, Lou said. For example, a coating that protects the inside of an oil production well from corrosion might also be a sensor that could detect possible degradation of the structure.
The researchers see potential partnerships with manufacturers in the glass, polymer, automotive, electronics, civil infrastructure and marine industries. Lou said Rice’s location in Houston, the center of the nation’s energy economy, will make it most convenient for collaborations with oil and gas companies interested in the development of novel antifouling and anticorrosion coatings.
Lou characterized the economic significance of coatings as “staggering” and said even incremental advances will have major impact.
“There are three important features to me,” Lou said. “The first one is that it’s industry-driven. We already work on fundamental problems, but the center will give us access to industry partners who will keep us up to date on what applications are most important to them.
“The second is technology transfer. We are going to develop technology that we hope can be used directly in their real applications.
“The third is workforce streaming,” he said. “Our students will work directly with industry researchers, so in the end they will become very familiar with the companies’ processes and could be rapidly recruited.”
Ajayan said Rice’s renown in materials science makes it a natural for such a center. “We’ve been collaborating with Penn State for years and were among the first groups to start working on 2-D materials,” he said. “But while a lot of people were investigating things like graphene, I think we were the first to do applications-oriented research.”
“This center is a combination of fundamental, university-based research with tech-pull from a consortium of companies interested in solving real-world problems that involve the surface and near-surface regions of components,” said Edwin “Ned” Thomas, the William and Stephanie Sick Dean of Rice’s George R. Brown School of Engineering and a materials scientist. “Everything from treating the inside of pipes to minimize erosion/corrosion to improving the heat-transfer capabilities of hot surfaces involved in high-temperature reactions is on our radar.”
The NSF contributes seed funding over an initial five-year phase to encourage long-term partnerships among industry, universities and the government. Members pool their funds to conduct precompetitive research to benefit entire industries.
Ajayan is Rice’s Benjamin M. and Mary Greenwood Anderson Professor in Engineering and a professor of materials science and nanoengineering and of chemistry. Lou is a professor of materials science and nanoengineering. Mauricio Terrones, professor of physics, professor of chemistry and professor of materials science and engineering, and Joshua Robinson, assistant professor of materials science and engineering and the Corning Faculty Fellow, will lead the ATOMIC center at Penn State.
Source: Nanowerk
Tweet