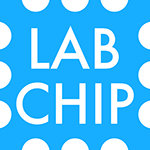 A team of University of Rhode Island engineers led by Professor Mohammad Faghri has created a new paper-based platform for conducting a wide range of complex medical diagnostics. The key development was the invention of fluid actuated valves embedded in the paper that allow for sequential manipulation of sample fluids and multiple reagents in a controlled manner to perform complex multi-step immune-detection tests without human intervention.

Faghri said that the platform technology can potentially be applied to a wide variety of medical diagnostics, from Lyme disease and HIV to Ebola and malaria. “If someone comes up with a new biomarker for detecting a disease, we can create a test for it using our platform,” he said. He also envisions applications in the veterinary medicine field, as well as for the detection of environmental contaminants and biological or chemical threats. “It could even be used at airports to test fluids for possible bioterror agents,” he added.

A number of companies have already expressed interest in adapting various applications to the new platform. A strong patent with broad claims has been issued by the U.S. Patent and Trademark Office for this technology, and two more are pending.

According to Faghri, paper-based lateral flow test strips, such as for pregnancy tests, have been commercially successful for many years. In these devices, a sample fluid wicks along a strip of paper, reacts with embedded reagents, and produces a colored signal result. However, more complex medical diagnostics such as enzymatic assay protocols require multiple reagents triggered at particular times during the process, which can only be accomplished autonomously using the proprietary microfluidic valve technology created by the URI research team.

“We combined the well-established test strip technology, micro-patterning techniques and our innovative paper-based valves to create a new class of strip tests that are capable of autonomously handling multiple reagents,” explained Faghri. “The sample fluid activates the flow of reagents in a predetermined sequence and time. When combined with an optical reader, which could even be a conventional smart phone, the lab-on-paper device provides accurate quantitative results.

“We’re the only research group in the world to have created fluidic valves on multi-layered paper without the use of external mechanical, electric or magnetic force and to use these valves to create fluidic circuits similar to electrical circuits,” he added.

The lab-on-paper devices are constructed with multiple layers of paper printed with wax to create a three-dimensional structure of valves and channels along which the fluid travels, triggering the reagents at the appropriate time and generating a result.

This new paper-based technology is the next generation of the lab-on-a-chip device the research team reported in 2011, which has been further refined since then. That device is now smaller and employs an innovative micropump for precise fluid movement within the cartridge’s microchannels. “Our new paper-based system, however, doesn’t need any pumping because the fluid flows naturally along the paper channels via wicking,” said Faghri. “It can perform enzymatic assays on paper autonomously with sensitivities close to laboratory techniques.”

“Our next step is to find investors to help take us to the next level,” said Anagnostopoulos. “We’re looking to partner with medical or biological companies that have identified disease biomarkers or other molecules of interest for which we could develop tests for using our platform.”

The researchers have already succeeded in performing a feasibility study of their technology by detecting a biomarker for sepsis, a life-threatening complication from an infection. ProThera Biologics, a Providence-based company co-founded by Brown University Professor Yow-Pin Lim, identified a biomarker that indicates a patient is going into shock from sepsis, and the company has collaborated with Faghri and Anagnostopoulos to develop a paper-based rapid test using this biomarker.

“The technology is a significant improvement over the simple conventional lateral flow strip, as it can perform complex tests that require multiple steps and reagents,” said Lim. “It is exciting that this technology enables an accurate measurement of analytes such as our sepsis biomarker without costly laboratory equipment and trained personnel.”

The researchers are working with the University of Rhode Island Research Foundation to identify potential partners.

“A number of diagnostics companies are currently evaluating this lab-on-paper microfluidics technology as the industry moves from lab-based testing to point-of-care rapid, autonomous diagnostics,” said Gerald Sonnenfeld, chairman of the URI Research Foundation and URI’s vice president of research and economic development. “We expect the point-of-care testing market to expand greatly over the next several years.”