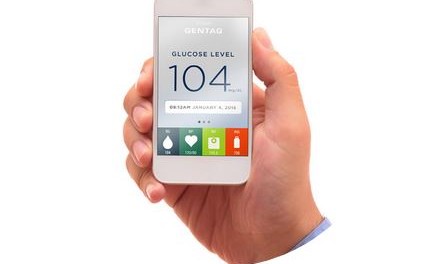 Gentag and NovioSense, developers of diabetes sensors, along with German chip-maker Fraunhofer Institute for Microelectronic Circuits and Systems (IMS), are forming a joint venture with healthcare institution Mayo Clinic to combine their technologies and expertise in non-invasive blood glucose monitoring using near-field communications (NFC) wireless technology. The collaboration aims to fight the global diabetes and obesity problem using technologies that are less painful, yet comparatively accurate with finger-stick readings.

Under the deal, Gentag and NovioSense will supply their NFC-driven devices, Fraunhofer will provide microelectronic circuits and sensor design technology, and Mayo Clinic will create the mobile apps for diabetes monitoring. The joint venture brings to bear a combined 75 issued patents from the four parties, covering areas in advanced chemistry knowledge, proprietary sensor designs, and software and chip (ASIC) design capabilities.

“By pooling our resources together, we are in a position now to dramatically advance diabetes monitoring.  Our patented technology allows us to make wireless sensors that are battery-less, disposable, painless and use cell phones or other NFC devices as glucometers.  Furthermore we can use the cell phones as controllers for insulin delivery, including disposable NFC insulin delivery systems, under our issued worldwide patents,” said Dr. John Peeters, CEO of Gentag, in a statement.

Gentag has patented a wearable patch sensor that can communicate with cell phones via NFC, which was developed during a previous collaboration with Mayo Clinic. NovioSense has developed a flexible, spring-like sensor that sits in the lower eyelid and continually measures glucose in tears, similar to the smart lens being co-developed by Google and Novartis. Fraunhofer helped design the two microchips inside NovioSense’s device, according to the latter’s website.

“The four parties will combine forces to develop a mobile-phone based platform to bring very low-cost, on-demand pain free diabetes monitoring to people worldwide.  The technology will use consumers’ Near Field Communication (NFC)-enabled smartphones as readers, replacing traditional glucometers,” according to the statement.

The group is looking for a global partner to commercialize its platform to combat type 2 diabetes worldwide. According to the World Health Organization (WHO), nine of 10 diabetics have type 2, and 80 percent of diabetes deaths occur in low- and middle-income countries. The group’s low-cost technology could benefit diabetics living in these countries the most.

“Many countries will need to deliver type 2 diabetes solutions to a third of their populations.  The status quo has to change and these technologies are a critical step in the right direction,” said James Levine, MD, Ph.D., of the Mayo Clinic, in the statement.

“We want to make pain-free glucose monitoring available to everyone independent of their socioeconomic status. It is only by increasing awareness and by making monitoring simple and affordable that we can hope to push back the tidal wave,” added NovioSense CEO Dr. Christopher Wilson. “By creating a device powered only by the NFC antennas found in most modern smart phones, and combining this with a pain free sensor platform, we can cut the cost and burden of glucose monitoring dramatically.”

Device manufacturers are working hard to replace the painful and cumbersome finger-stick routine for diabetics by using sensors that can communicate wirelessly. For example, Medtronic is connecting its continuous glucose monitoring (CGM) devices and insulin pumps with smartphone apps. Competitor Dexcom’s CGM system consists of a subcutaneous sensor that connects with iPhones and proprietary handheld receivers.

Another medical device firm, Becton, Dickinson and Company (BD), is ramping up efforts to build its own next-generation diabetes technology. This week it opened a new R&D center in Massachusetts for its Advanced Diabetes Care Platform.

“The opening of this facility represents an exciting opportunity for BD to accelerate the development of next-generation technologies to help simplify the management of Type 1 and Type 2 diabetes,” said Dr. Ellen Strahlman, CMO and executive VP of R&D at BD, in an announcement. “This new model will help increase the rate of innovation and enable us to provide therapeutic advances in the diabetes care sector.”