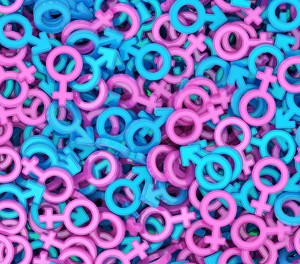 Catherine S. Woolley, a professor of neurobiology at Northwestern Univ.’s Weinberg College of Arts and Sciences, refused to study sex differences in the brain for 20 years. But in 2012, she discovered estrogens decreased inhibitory synaptic transmission in female rats, but not in their male counterparts.

Part of being a scientist, according to Woolley, is changing one’s mind when new evidence comes to light.

“We are not doing women—and specifically women’s health—any favors by pretending … things are the same if they are not,” she said. “If the results of research would be different in female animals, tissues and cells, then we need to know. This is essential so … we can find appropriate diagnoses, treatments and, ultimately, cures for disease in both sexes.”

Woolley’s previous research led to her recent study, which found an “intrinsic biological difference” between the sexes when it comes to molecular regulation of synapses in the hippocampus. The study was published in The Journal of Neuroscience.

Using rats, Woolley and her research team found “in female brains the drug URB-597 increased the inhibitory effect of a key endocannabinoid in the brain, called anandamide, causing a decrease in the release of neurotransmitters,” according to the university. “In male brains, the drug had no effect.”

Named due to their activation of the same neural receptors as the active ingredient in marijuana, endocannabinoids are molecules involved in a myriad of physiological processes, including memory, motivational state, appetite and pain. The molecules also plays a role in epilepsy, a neurological disorder.

“Our study starts to put some specifics on what types of molecular differences there are in male and female brains,” said Woolley, who is the William Deering Chair in Biological Sciences and a member of the Women’s Health Research Institute at the university’s Feinberg School of Medicine.

According to the university, the study provides reason to believe “female and male brains may respond differently to drugs targeting certain synaptic pathways.”

Woolley’s research could have broad implications because the drug is currently being tested in human clinical trials. She calls for researchers to use both male and female animals in studies.

About 85% of basic neuroscience studies use male animals, tissues or cells, according to the university.