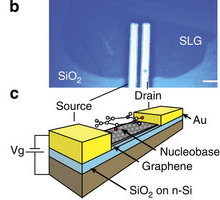 Fig.1 Optical and schematic images of a GFET device

A research team led by Steven Prawer and Jiri Cervenka at the University of Melbourne, Australia fabricated a graphene field-effect transistor (GFET)—a layer of graphene atop a layer of silicon dioxide and flanked by gold electrodes. Then, under vacuum, they deposited a thin monolayer of isolated DNA nucleobases and measured their impact on graphene’s electrical properties.

The data indicate that under these very specific conditions— depositing billions of identical molecules in bulk, in a vacuum—the device was sensitive to the DNA bases, producing distinct changes in electron flow through the graphene layer for each of them.

According to Cervenka, now a research fellow in Prague, Czech Republic, that observation should empower researchers pursuing graphene-driven sequencing approaches, and suggests that GFETs have potential to function as molecular sensors.

The study is “a lovely piece of work,” according to Stuart Lindsay, Director of the Center for Single Molecule Biophysics at Arizona State University, who studies sequencing methods. But, “it is a long way from sequencing.” Among other things, Lindsay says, “The authors point out that there is no known way at present to get down to the single-molecule level, and certainly not in the presence of water, where the sensitivity is greatly diminished.”

Furthermore, the method relies on the strong adsorption of bases to graphene. “A way would have to be found to get one base at a time to stick to the graphene, unstick it, and then stick down the next one. This is what has stymied conventional (ion current based) attempts to sequence with graphene nanopores.”

Cervenka’s motivation for the study came from discussion in the scientific literature on the feasibility of using graphene as an electrical detector for nanopore-based sequencing. It was already known that graphene—a two-dimensional carbon lattice shaped like a honeycomb or chicken wire— could be used to detect certain gases. The question was, could it differentiate DNA bases.

“And the answer is yes, it’s possible,” Cervenka said.  But the device his team fabricated functioned in a vacuum, not in liquid, as is typical with DNA sequencing. And when the team calculated their device’s sensitivity for single bases, they found that it did not pick up adenine.

“That still doesn’t mean that in future this will not be possible,” Cervenka said, “mainly because if we scale these devices down, there may be different quantum effects.”