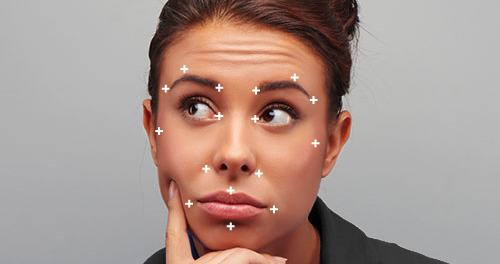 The landscape of human behavior research is changing rapidly these days. Many questions that were once believed to exist solely in the realm of hypothesis and theory can now be tested using empirical data.

The qualitative is becoming quantitative.

Leading the charge in this new wave of human behavior research are research tech companies who provide quantitative methods that are some combination of smaller, faster, smarter, and cheaper than ever before, providing today’s researchers with tools that past generations barely dreamed of. When research tech companies give researchers greater access to a variety of research tools, these researchers in turn give the community access to real quantitative data on any number of different important scientific questions.

iMotions is an up-and-coming biometric research platform that allows for seamless, real-time integration of several different biosensors simultaneously. Let’s consider the contribution made by iMotions against the background of biometric research, historically, before surveying the different types of research avenues currently utilizing the iMotions platform.

Rigorous quantitative use of biomarkers can be traced back to at least the 19th century, with the popularization of biometric identification in the criminal justice system. The earliest recordings of brain electrical activity occurred in the first half of the 20th century.

However, it wasn’t until the 1970s and 80s that additional research technologies such as eye tracking and magnetic resonance imaging gained respect and popularity as viable biometric research techniques.

In the early stages, such procedures required complex equipment and were very expensive to perform. Similar to the development of the earliest computers, it was only a few privileged laboratories that had regular access to such research methodologies.

However, also paralleling the development of computer technologies, by the turn of the 21st century there had been innovation on a massive scale, and a variety of different biometric research techniques were widely available.

In fact, so many tech companies started up during the 2000s that it had almost become unwieldy. Research laboratories hoping to perform biometric research using a variety of different techniques were forced to jury-rig their own apparata ad hoc, providing a serious organizational challenge.

The field was in need of integration. Enter iMotions.

iMotions is an integrated biometric research platform that allows users to collect data from multiple biosensors simultaneously, including eye tracking, facial expressions, galvanic skin response (GSR), and any of several tests of electrical activity including EEG, EMG, and ECG. In addition, the software allows for easy integration of over 150 third party sensors.

In addition to use in human behavior research, iMotions has direct application for fields including neuromarketing, human computer interaction, psychology, virtual reality, engineering, human computer interaction, and neuroscience. With two main branches in Copenhagen, Netherlands and Boston, USA, iMotions has proven useful in a variety of research settings and has been utilized in a number of publications.

For example, in a study entitled “Dynamic Data Driven Approach for Modeling Human Error,” published in the Procedia Computer Science, researchers at Purdue and Vanderbilt universities in the United States utilized iMotions to integrate data from an eye tracker, GSR sensors, and an EEG headset. Analyzing the coordinated data from these three sources, the researchers were able to develop a quantitative approach for predicting user errors in a behavioral task before errors occurred.

In conclusion, research technologies such as iMotions are providing today’s researchers an unprecedented ability to pursue questions that were once considered unquantifiable. For the ability to easily integrate a variety of different biosensors into one intuitive software interface, interested researchers should check out iMotions toda

Philip Mahler is the Head of Marketing for iMotions, a biometric research software platform. Philip specializes in software and SaaS marketing and believes data is the key to success and will go to great lengths to find the right insights. In his spare time he will probably be playing with his Rubik’s cube trying to beat the world record.