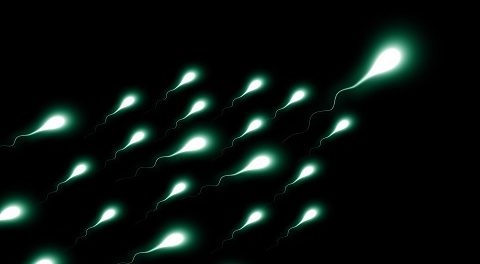 For sperm, looks matter. As you might guess, sperm that have a wonky shape — a lopsided head or crooked tail, for example — also harbor wonky DNA. Those that are shapelier not only swim better, their genetic composition is superior too. Now, Stanford radiology researcher Utkan Demirci, PhD, and collaborator Erkan Tüzel, PhD, from Worcester Polytechnic Institute, have used this premise to design a new device to filter out misshapen sperm cells.

This device, which is described in a paper in Advanced Science, could improve infertility treatments such as IVF. A Stanford Medicine press release explains:

The sperm-sorting tool is called the Simple Periodic Array for Trapping and Isolation, or SPARTAN. It filters semen through rows and rows of pillars fitted for healthy sperm. Over a period of about five years, Demirci and Tüzel tried out a variety of pillar alignments in their models. The arrangements tested patterns of different distances, both vertically and horizontally, and various sizes of pillars, until finally they landed on the most successful array, which they call ‘periodic structures,’ as the pillars stand in series, or periods.

Before creating the device, the duo generated computerized simulations to zero-in on the right alignment. Only when they felt their simulation was at its most efficient and effective did they begin to build.

Upon testing SPARTAN, they found that it successfully mirrored their simulation closely. The pillars effectively trapped the misshapen or poorly swimming sperm; only the strongest made it to the finish line. What’s more, the device identified better sperm than the current methods used in clinics. From the release:

Compared to other standard clinical sperm-sorting methods, such as the swim-up method, in which sperm swim in a solution, and those unable to swim up are left behind, SPARTAN yields about twice as many morphologically sound sperm. Swim-up averages 24 percent, while SPARTAN averages 52 percent.

Demirci says SPARTAN also helps to open the door for clinicians to ask deeper questions about the value of a healthy sperm cell in infertility treatments. He explains:

Currently, many infertility treatments, like IVF, place emphasis on finding a healthy egg; the quality of the sperm cell is often secondary. But sperm carry critical heritable genetic elements, just like the egg does, and Demirci said sperm selection does play a big role in the quality of the embryo, so it warrants more careful selection. ‘Maybe SPARTAN can help change the paradigm in the field,’ he said.