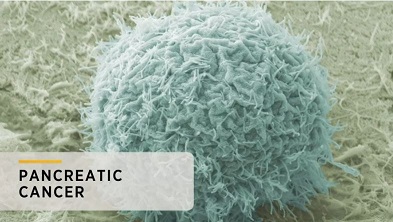 Researchers in the U.K. have made what is described as a “breakthrough reclassification” of pancreatic cancer, which offers new opportunities to treat the often-fatal disease.

A study co-led by professor Andrew Biankin and colleagues at the University of Glasgow’s Institute of Cancer Sciences has found four “key subtypes” of the cancer, with each possessing “their own distinct clinical characteristics and differential survival outcomes,” according to a statement released on Thursday.

Currently, the prognosis for someone diagnosed with pancreatic cancer is one of the worst for the group of diseases.

According to Cancer Research U.K., around five percent of people diagnosed with pancreatic cancer survive for five years or longer, with just one percent surviving for 10 years or more after being diagnosed.

The Hirshberg Foundation for Pancreatic Cancer Research states that treatment options for someone with pancreatic cancer are “limited”, with the surgical removal of tumors possible in less than one fifth of patients. Apple co-founder and former CEO Steve Jobs died of the disease in 2011.

Peter Bailey, first author of the study, said that treatment for pancreatic cancer was currently “like hitting the disease with a mallet with your eyes closed.”

In its release the University of Glasgow said that researchers hoped their findings would “help to identify the correct targeted treatment for each individual subtype of the disease.” The study used data from the Australian Pancreatic Cancer Genome Initiative and the Queensland Centre of Medical Genomics.

A key finding in the study was the identification of the Immunogenic subtype. It was found that this subtype could “potentially prove to be responsive to types of immunotherapeutic cancer treatments,” the university said.

“The four subtypes that we have identified represent a reclassification of the disease and as such should provide a basis to offer new insights into personalized therapeutic options for individual patients and a launch pad to investigate new treatments,” Biankin, who is the university’s Regius Chair of Surgery and director of the Wolfson Wohl Cancer Research Centre, said.

Bailey added that the work being done by himself and his colleagues was looking to change the clinical landscape for pancreatic cancer and all other cancers “by providing a very thorough analysis of the molecular pathology of specific cancers.” This would help lead to approaches to treatment that were more precise.

“The findings of this research are incredibly exciting for anyone affected by pancreatic cancer, as they should mean that, in the future, the right patients can be given the right treatment at the right time,” Leanne Reynolds, head of research at the charity, said.

“If we can predict more accurately which treatment would be most effective for each patient, we can ensure patients have the best chance of living for as long as possible, as well as possible,” Reynolds went on to add.