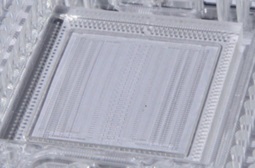 At Stanford University, researchers have used a new microfluidic analysis system to extract 29 novel microbial genomes (the complete set of genetic material) from samples from two Yellowstone National Park hot springs. They extracted the genomes while still preserving single-cell resolution, meaning they knew which cells the genetic material came from. This work was made possible by a new technology that divides the sample to enable accurate analysis of a microbe’s genetic material. Specifically, it offers details on genome function and abundance. The work was enabled by the Emerging Technology Opportunity Program, a part of the U.S. Department of Energy Joint Genome Institute (DOE JGI), a DOE Office of Science user facility.

This new technology illuminates microbial “dark matter,” genetic information from the majority of the planet’s microbial diversity that has not been grown in a lab. These microbes live in locations as diverse as hot springs and deserts, underneath Antarctic ice and in acid mine drainage from Superfund sites. Tools that can determine microbes’ genetics and metabolism will have applications in fields ranging from bioenergy to biotechnology to environmental research.

There are more than 50,000 microbial genome sequences in the DOE JGI’s Integrated Microbial Genomes publicly accessible database, and many of them have been uncovered using metagenomic sequencing and single-cell genomics. Despite their utility, these sequencing and genomics techniques have limits: single-cell genome amplifications are time-consuming, often incomplete, and metagenomic sequencing generally works best if the environmental sample is not too complex. In eLife, a team of researchers from Stanford University reports the development of a microfluidics-based, mini-metagenomics approach to mitigate these challenges. The technique starts with reducing the environmental sample’s complexity by separating it, using microfluidics, into 96 subsamples each with 5 to 10 cells. Then, the genomes in the cells in each subsample are amplified and libraries are created for sequencing these mini-metagenomes. The smaller subsamples can be held to single-cell resolution for statistical analyses. Co-occurrence patterns from many subsamples can also be used to perform sequence-independent genome binning. The technology was developed through resources provided by the DOE JGI’s Emerging Technologies Opportunity Program, which was launched in 2013. The aim of JGI’s Emerging Technologies Opportunity Program is to use these new technologies to tackle energy and environment applications, adding value to the high-throughput sequencing and analysis being done for DOE JGI users. The team validated the technique using a synthetic microbial community, and then applied it to samples from the Bijah and Mound hot springs at Yellowstone National Park. Among their findings was that the microbes at Mound Spring had higher potential to produce methane than the microbes from Bijah Spring. They also identified a microbial genome from Bijah Spring that could reduce nitrite to nitrogen. Applying this new technology to additional sample sites will add to the range of hitherto uncharacterized microbial capabilities with potential DOE mission applicability.