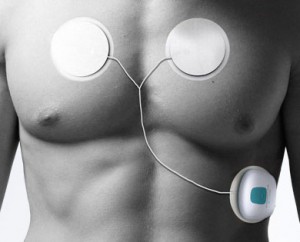 “This is a significant milestone for Intelesens and zensor,” Intelesens Commercial Manager Stephen Henderson said in a statement. “…Not only does FDA clearance give the company access to the world’s biggest healthcare marketplace, but beyond that, it enables us to target those emerging markets looking to embrace innovative new healthcare technology immediately, in order to avoid some of the pitfalls that established healthcare delivery systems have encountered. FDA clearance gives Intelesens and their customers’ confidence in zensor’s quality, robustness and clinical efficacy.”

Zensor is a small, battery-powered device that clips on to an adhesive patch which also contains electrodes. The device can be worn for seven days at a time and collects data on respiration rate, three-lead ECG, heart rate, and motion. That data is sent via wifi to the cloud, allowing a clinician to access it on a smartphone, desktop computer, or tablet. Data is also stored in the device and can be downloaded directly via a USB cord.

This is the third FDA clearance for Intelesens. In 2011, the company got clearance for an earlier monitoring device, called Aingeal, which was intended for in-hospital use (though it still allowed for the patient to move around). At the beginning of last year, it got clearance for the V Patch, a device that is similar in many ways to zensor but uses a cellular connection and doesn’t track the same range of vital signs.

Intelesens is currently a finalist in the Qualcomm Tricorder X-Prize, a $10 million competition to create a handheld consumer-facing medical scanning device that can diagnose a number of set conditions as well as evaluating a slate of vital signs. In April, Intelesens and Scanadu announced that they would combine their teams into one, in order to combine Intelesens’s clinical strengths with Scanadu’s consumer expertise.