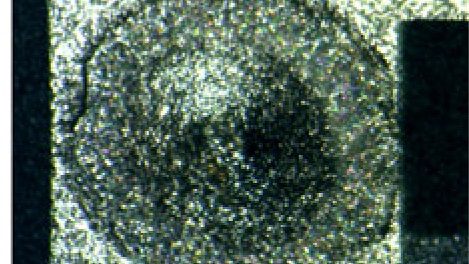 Purdue University researchers have found a method of identifying biological markers in small amounts of blood that they believe could be used to detect a myriad of diseases, infections and different medical conditions at early stages.

“The goal here is to find the disease so early that you can treat it without invasive surgery,” Rhoads said. “The test looks for a particular protein related to a disease, so you could use this for the detection of many different diseases.”

The sensors use a piezoelectrically actuated resonant microsystem, which when driven by electricity can sense a change in mass. The sensitivity of the resonator increases as the resonant frequency increases, making high-frequency resonators excellent candidates for biomarker detection, Rhoads said. The method also is much faster and less expensive than other types of medical tests.

The paper was published in IEEE Sensors Letters (http://ieeexplore.ieee.org/document/8093625).

Rhoads said they discovered a way to conduct the test that identifies a minute amount of protein in a very small amount of blood.

“Detecting biomarkers is like trying to find a handful of needles in a large haystack. So we devised a method that divided the large haystack into smaller haystacks,” Rhoads said. “Instead of having a single sensor, it makes more sense to have an array of sensors and do statistical-based detection.”

One of the first uses for the test could be the early detection of traumatic brain injury in athletes, particularly high school football and soccer players. A Purdue research team, known as the Purdue Neurotrauma Group, began studying the effects of head injuries in 2009 and found that concussions are usually caused by multiple hits over time and not by a single blow, as commonly believed. The group, which includes Nauman and Thomas Talavage, a professor in the schools of Electrical and Computer Engineering and Biomedical Engineering, has studied football and women’s soccer at the high school and collegiate levels.

Research into the effects of repeated head impacts on high school football players has shown changes in brain chemistry and metabolism even in players who have not been diagnosed with concussions, Nauman said.

Concussions now are diagnosed using a battery of tests, often starting with asking an athlete whether he knows what time it is or where he is. They then move to cognitive tests that grade concussion symptoms along a scale. Nauman said that while 5 percent to 10 percent of high school football players will be diagnosed with concussions, more than 50 percent of those athletes will experience neurological changes before a concussion is diagnosed. Researchers have learned that a concussion is generally an accumulation of injury and the test they have developed can detect the traumatic brain injury before it becomes symptomatic.

“You do enough damage, you knock out enough systems and eventually you have symptoms,” Nauman said.

The test the Purdue researchers developed can detect minute amounts of proteins, including protein from glial cells, which surround neurons in the brain. The proteins are secreted in relatively high concentrations in cerebrospinal fluid of victims of traumatic brain injury. Prior studies have found that a small amount of fluid leaked through the blood-brain barrier and got into the bloodstream of victims.

“Essentially the idea is that if you can measure anything that passes through the blood-brain barrier from the brain into the blood, it’s a problem because it should stay in the brain,” Nauman said.

The test also could be used for the early detection of Alzheimer’s disease and Parkinson’s disease, Nauman said. “You can basically look for general neurodegeneration, not just in athletes.”

The researchers believe the test also could be used to detect countless other diseases. They are looking for licensees to use the test to search for other small amounts of protein that are early signs of disease.

“There’s a whole host of diseases and different conditions where, if you could find these things in small quantities early on and just make it part of a standard workup, you could decrease health-care costs greatly,” Nauman said.

The researchers have filed a patent application through the Purdue Research Foundation’s Office of Technology Commercialization.