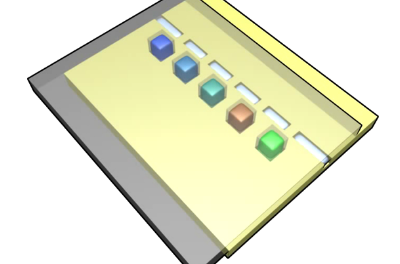 Pasadena-based SlipChip, a Caltech spinoff developing microfluidics technology, has raised $26.5M as part of an ongoing, $30M funding raising effort, according to a filing from the company. Details on the Series B funding have not yet been announced by the company, whic his a spinout of technology developed by researchers at the California Institute of Technology (Caltech). SlipChip’s technology was developed by researchers in the laboratory of Rustem Ismagilov, Ethel Wilson Bowles and Robert Bowles Professor of Chemistry and Chemical Engineering at Caltech. Those researchers have already demonstrated the use of its devices and a cell phone, to determine the concentration of molecules in a sample–making it possible to test for such things as HIV using a portable device. The filing says six investors participated in the round.