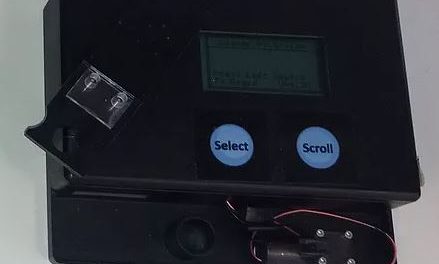 The investment will enable Linear Diagnostics to develop its platform technology into a handheld device that can rapidly detect the presence of bacterial infection and simultaneously identify the risk of resistance to the most commonly prescribed antibiotics, without the need for laboratory facilities. The device will provide a readout within minutes of sampling.

The technology is based on a novel application of a technique called linear dichroism, which uses polarized light to measure the alignment of detector molecules.

Linear dichroism has a number of advantages over current techniques: it can identify several different target types (bacteria, proteins, genes) in the same test, and provide a quantitative reading for each, from the same test sample. The first application to be developed will be a device for the detection of Urinary Tract Infections (UTIs) and it is envisaged that the device will be used in both primary and secondary care where it will help restrict inappropriate prescriptions and contribute to the fight against antimicrobial resistance (AMR).

Oliver Sexton, Investment Director for the Rainbow Seed Fund said: “Antimicrobial resistance is a global health concern, and there is a clear need for new strategies to tackle it. Rapid diagnosis can both curtail the ineffective antibiotic prescribing that fuels antimicrobial resistance, and identify the appropriate course of treatment for the individual patient.”

Although the technology will initially be developed for the medical sector, it can be used to address markets in the agri-food, veterinary and defence settings.

Dr James Wilkie, Director of Enterprise & Innovation at the University of Birmingham, said: “We have been impressed by the flexibility of the technology. In particular, the test is both qualitative and quantitative, which significantly increases the scope of its potential applications.”

Dr Matt Hicks, Chief Technology Officer and founder of Linear Diagnostics said: “The investment comes at a crucial inflexion point for the company. We have achieved proof of concept, and now have partnerships in place that will steer rapid development in an area of high unmet need, which also has a high volume of tests.”

About Linear Diagnostics Linear Diagnostics was formed in 2011 to commercialise a patented technology developed at the University of Birmingham. The company was established as a joint venture between founders Professor Tim Dafforn and Dr Matt Hicks, Abingdon Health Ltd, and the University of Birmingham. The company is based at the BioHub Birmingham®, a purpose-built incubator facility in the Edgbaston Medical Quarter. For further company information please contact Dr Matt Hicks, Chief Technology Officer at mhicks@lineardiagnostics.com